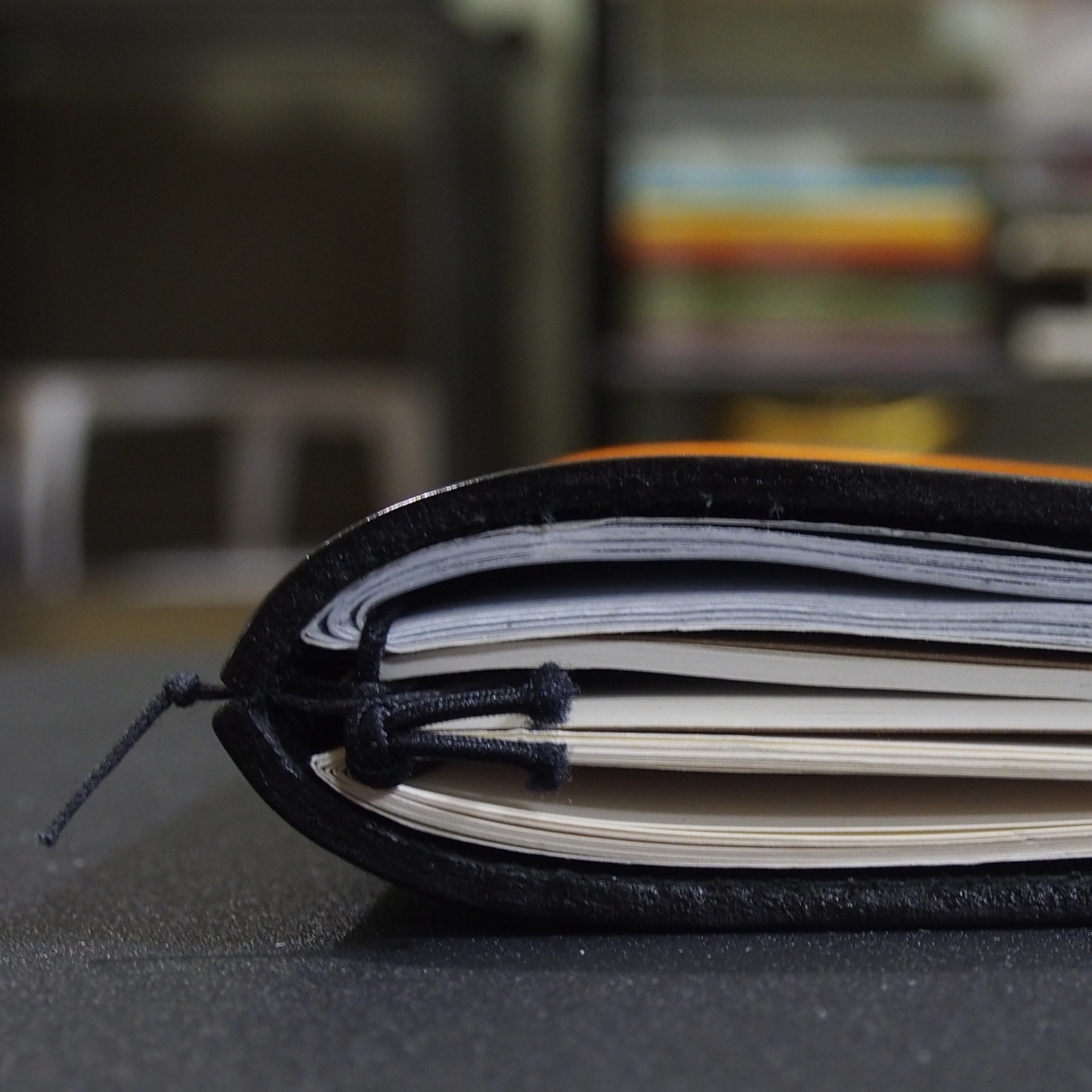 Our recent expedition to Hong Kong (HK) was not without incident (and by incident I mean money going to a hobby of one sort or the other). While HK is very well known for its markets teeming with all sorts of electronics and gift items you never knew existed, we ended up fine-tooth-combing book stores for our ever so recent fascination with the Midori system. 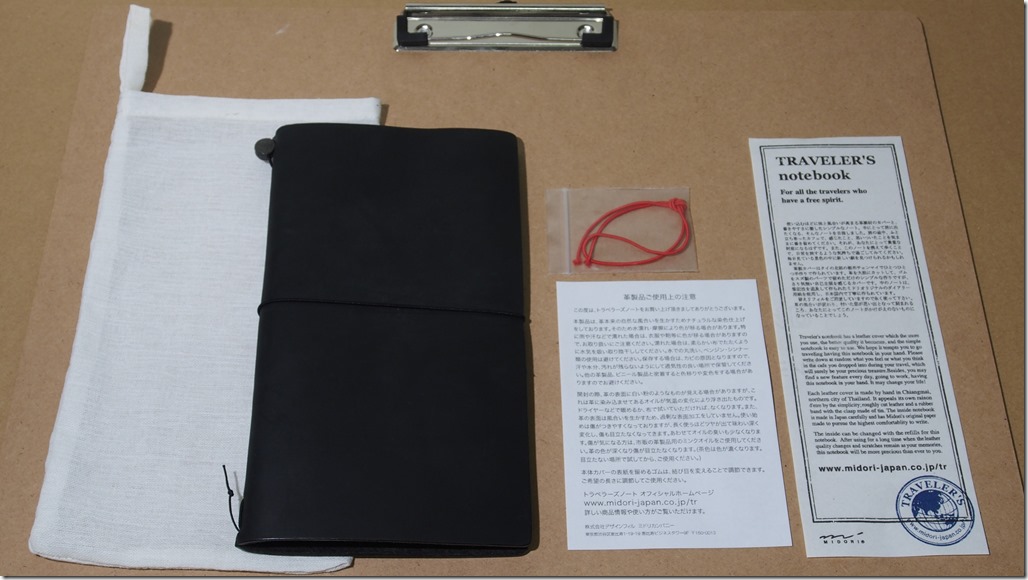 The Midori system, for the uninitiated, is a notebook that is made up of three basic parts: the cover – made of thick leather which folds at the center, the spine – an elastic string that loops on itself which holds up the most integral, final part of the system which is the notebook itself where you do what notebooks are meant to do… get scribbled on. 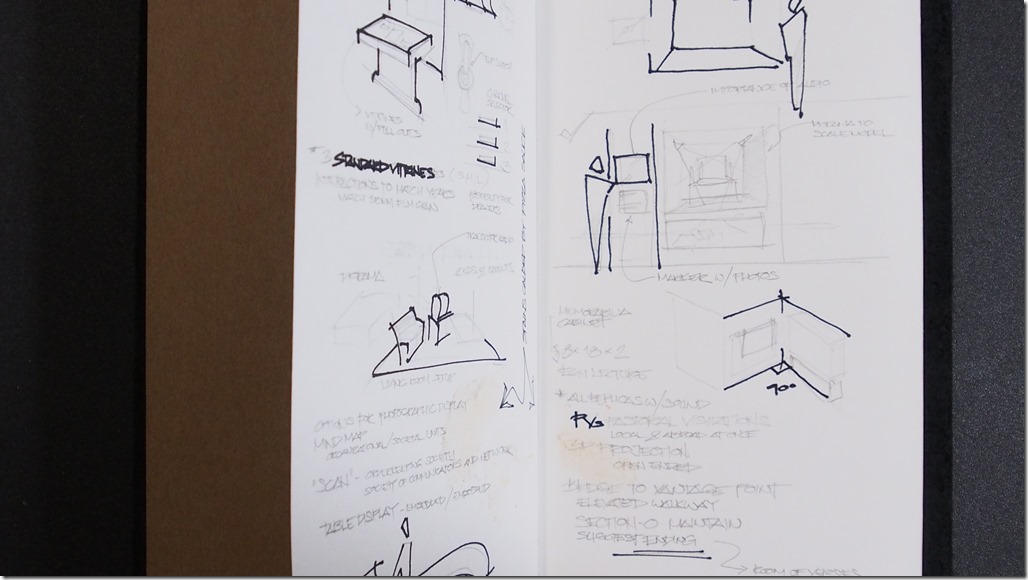 How this system makes itself unique is through the ability of the cover to accommodate more than just a single notebook within it… and so using the spine, and more elastics of the same kind, one should be able to fit up to about five different notebooks inside one cover… but it doesnt end there! 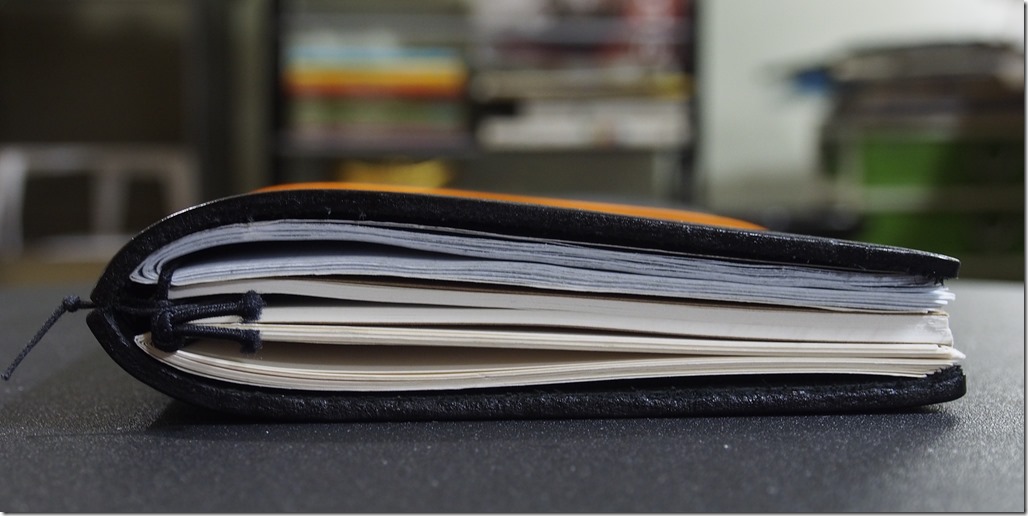 Plenty of accessories make a Midori stand out from all the others and, in the process, become completely personal and one of a kind. 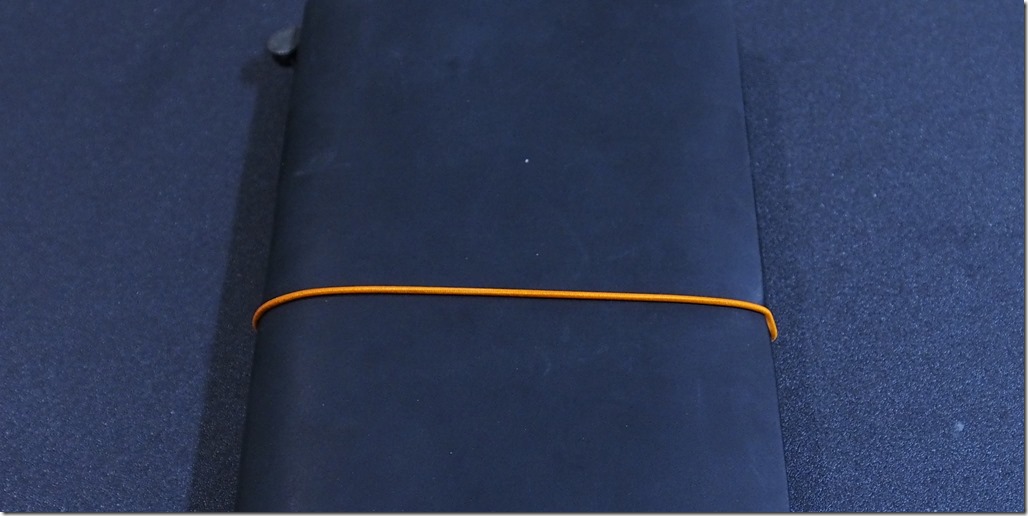 As the digital age mosies on along, the pleasure of actually putting pen to paper dwindles with each generation that becomes accustomed to utilizing a keyboard. This makes handwriting belong to a class of craftsmanship almost (not quite there yet though haha). And so with this in mind we get to the good stuff: our haul! Granted its not a lot… we could’ve actually gone completely overboard and cleaned out their stocks but alas we each only have two hands and a cover to fill.

First up we have some notebooks – all similar (No.013) plus a special one (No.012) for scribbling activity that requires extra resilient paper. 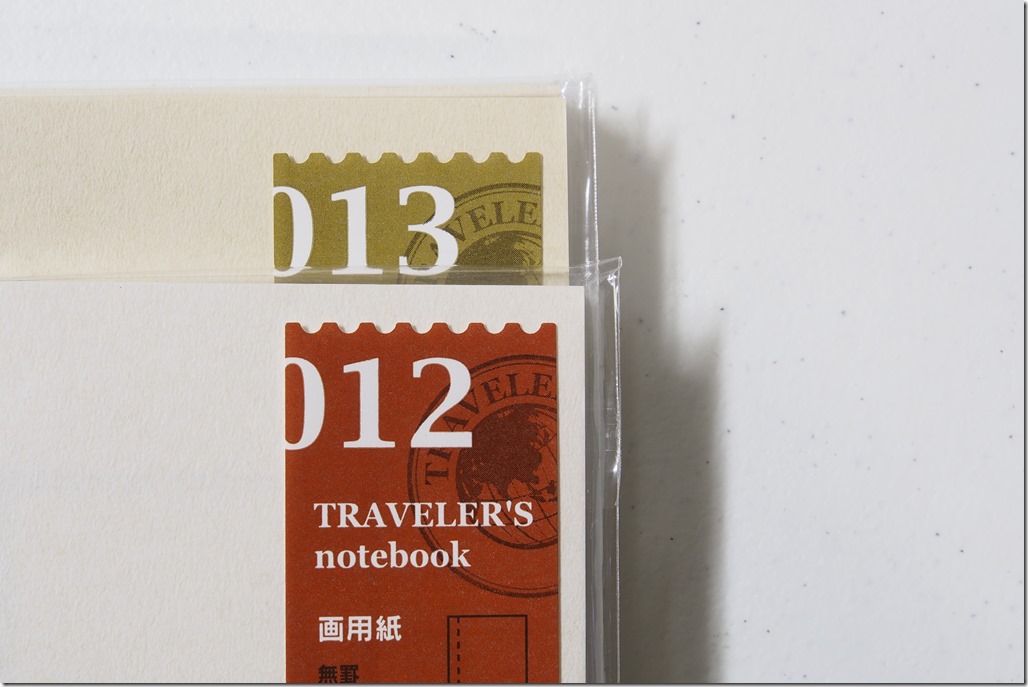 These were brought in for the sheer quantity of leaves which translates to more space ergo ideas! No.013 is the only refill that has that much paper within it. (128 pages)

Next we have some sleeves – while these do not serve the purpose of a notebook per se, the functionality they provide to the system greatly enhances its utility going from a simple writing implement to one that can store cards, money, and whatever-else flat (or just generally flat) item you’d want to bring along. No.007 imbues a notebook with twelve card sized pockets almost reminiscent of those card holders for business card storage. 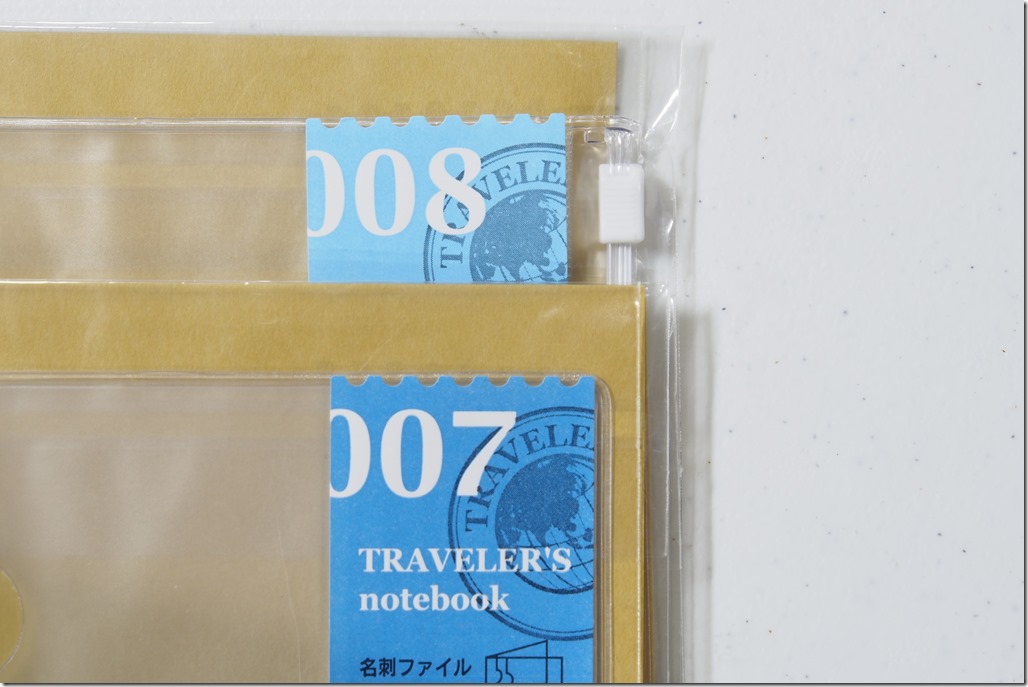 We were able to get both variations though we were only able to get a single No.008 (an issue with store stock).

And finally, during our last day, we came accross these – No.016 the medium sized pen holders!

This version completely complements the notebooks by utilizing the same leather and a very official looking metal clip… there were several brown ones in stock but only one in black and there was absolutely no way we were going to pass on them… good thing there wasnt any competition around during that time! There is another version of the Midori pen holder which is connected to a single sleeve where you can put identification information which latches on to the notebook cover by adhesion, there was stock of this but both of us didnt like how it looked and so it remained in the other shop.

Thus far we’ve just scratched the tip of being a Midori user, but already we have one DIY accessory in the form of No.020 whose pattern we laid out in what was formerly a shopping bag from The Travel Club (this, the No.020, was also available for sale in one of the shops we went to but we were not swayed from our own version) 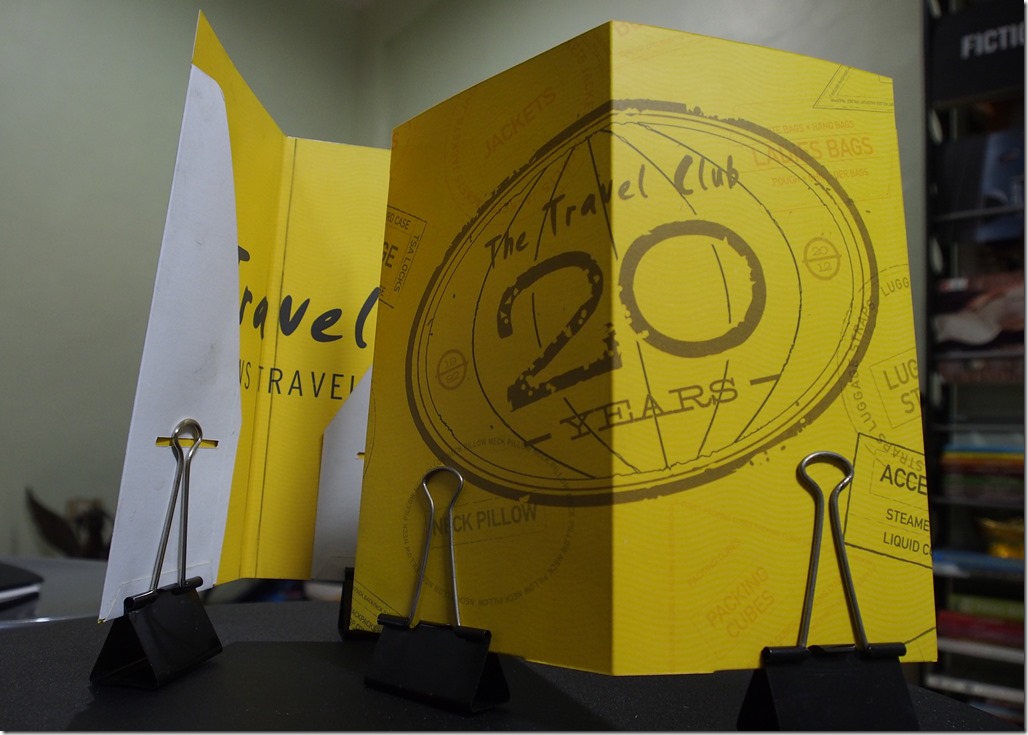 We’ve got a long way to go to get the most out of our Traveler’s Notebooks but they’re proving to be superbly handy… even more so once these new accessories are put into play. I’ll make certain to bring it inside my bag as often as I can, I’m sure that even with the Galaxy Note in tow, I’ll find a use for the pen and paper combo… this thing never loses charge after all.