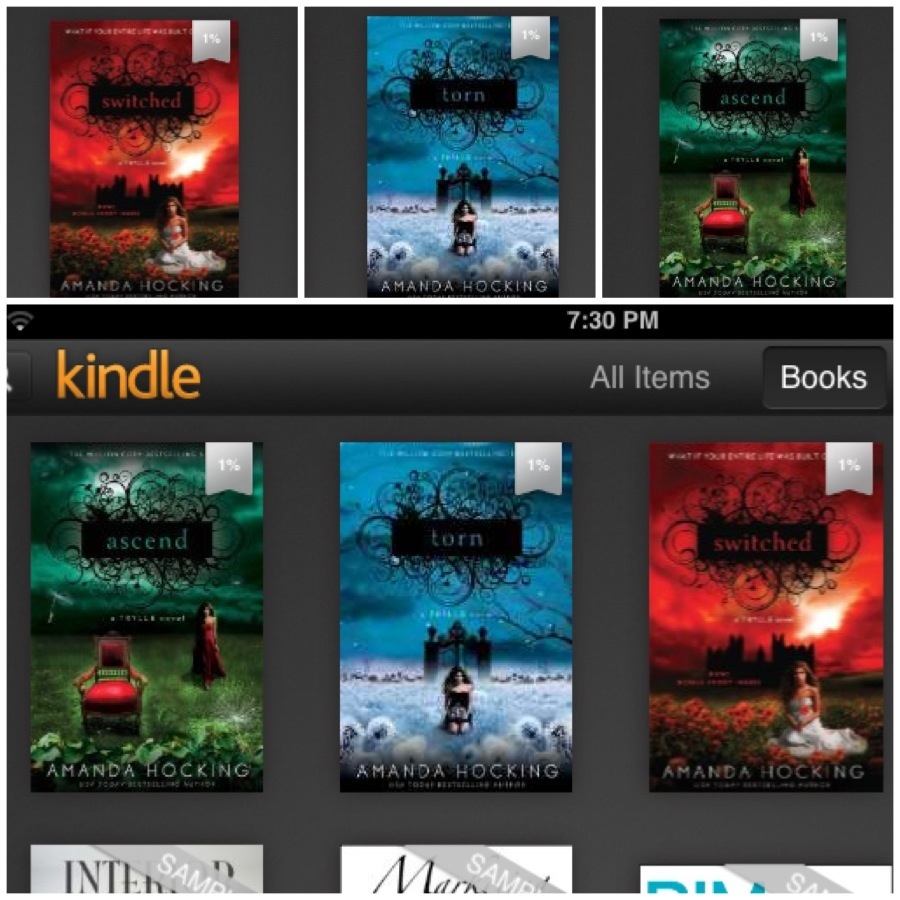 I know that I’m repeating myself by saying how much I appreciate the Kindle for iPad app but really, it (and of course, the iPad) makes reading so much easier.

Just last weekend I was able to finish Amanda Hocking’s Trylle Trilogy. She is known for having self-published her books and getting quite a following from it. I got her republished ebooks though, now under St. Martin’s. Each ebook costs around $11 dollars at Amazon which I think is pretty reasonable since I get to have the books with me practically everywhere and reread them anytime that I actually have the time. The new editions also feature bonus short stories that were previously unpublished.

Book 3 – Ascend
Comes with the bonus short story “Ever After”

I wouldn’t go into detail about the trilogy here but if you like the whole young adult fiction genre with really strong and special heroines (somewhere along the lines of Hunger Games but somewhat lighter), then this is a trilogy for you.

I would also like to get to reading more of Amanda’s work particularly the Watersong series. But first, Kiera Cass’s The Selection which I ran across while browsing through the CW’s probable pilots for next season.

The Trylle trilogy though, is sadly a trilogy so after Ascend, the world of Queen Wendy Everly is done. But of course I can always reread. 🙂