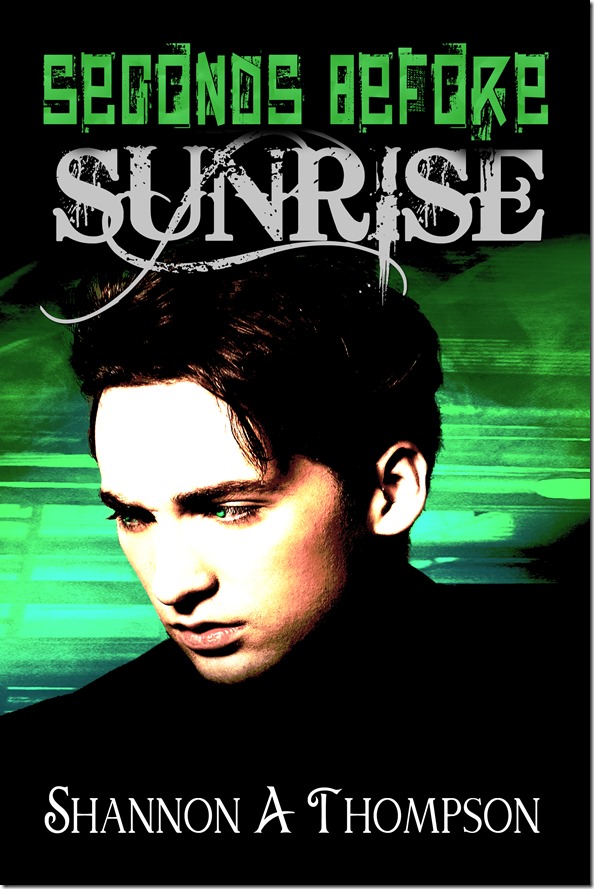 I’ve been waiting for this book by Shannon A. Thompson since I read the first one in The Timely Death Trilogy, Minutes Before Sunset which I wrote about here. Now, I’m still waiting as Seconds Before Sunrise will be released in March 22, 2014! Just a few more months of waiting – hang in there!!

To tide us over till we meet Eric and Jess again, I am honored to be a part of Shannon’s cover reveal with a matching fun facts scavenger hunt. Read on to learn more about Seconds Before Sunrise plus stare at the gorgeous cover till March comes.

Congratulations also to YA Book Nook for winning the pre-release ebook! I’m so envious as I would have loved to know what happens next in advance. And thanks to Shannon for always being so nice in her emails and posts. I really love reading her blog as she shares tips on writing and interacts with her readers often.

Now on to the reveal!

“Chaos within destiny. It was the definition of our love.”

Eric has weeks before his final battle when he’s in an accident. Forced to face his human side, he knows he can’t survive if he fights alone. But he doesn’t want to surrender, even if he becomes the sacrifice for war.

Jessica’s memory isn’t the only thing she’s lost. Her desire to find her parents is gone and so is her confidence. But when fate leaves nightmares behind, she decides to find the boy she sees in them, even if it risks her sanity.

Fact #42 The setting “Hayworth, Kansas” is not a real city but is rather a combination of two factual Kansas towns: Ellsworth and Hayes.