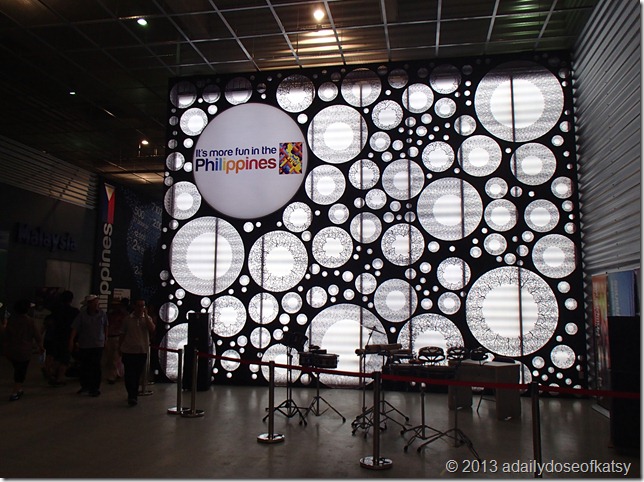 This will be the final post, hopefully, on Day 1 of our Korea 2012 trip. But I’m feeling really sleepy right now so let’s go directly to the pictures.

There were displays of sand from different beaches in the Philippines and I realized I haven’t visited most of them.

I’m quite thankful for this ice cream that I saw and made it my official dinner for Day 1.

After reviewing all the photos from Day 1, I realized that I had a series of Ron and Anna photos in my camera featuring both of them using the same background but with different poses. I think the pictures will explain more than I can in words.

They went to India, at the Taj Mahal.

Then they went swimming somewhere, in snow.

And walking. (But apparently, Ron’s pet was faceless.)

Haha. This is what I get from my camera – plenty of pictures of them but almost never of myself.

That’s it for this day then. Till the next day (post) some other day of 2013 (or maybe tomorrow if I have the time).